Compressed Natural Gas or CNG kits aren't exactly new systems available. Cars, buses, trucks and three-wheelers, all have benefitted from the same, as the fuel option is not only more efficient but cleaner as well. Two wheelers were that one untouched segment waiting to be tapped with CNG alternatives and it is Mahanagar Gas Limited (MGL) that is exploring this opportunity with the new CNG kits for scooters. A nascent offering that everyone is curious about, we decided to take a CNG equipped scooter for a ride, in this case, the Honda Activa 3G, in a bid to seek answers. Here's what we found out. 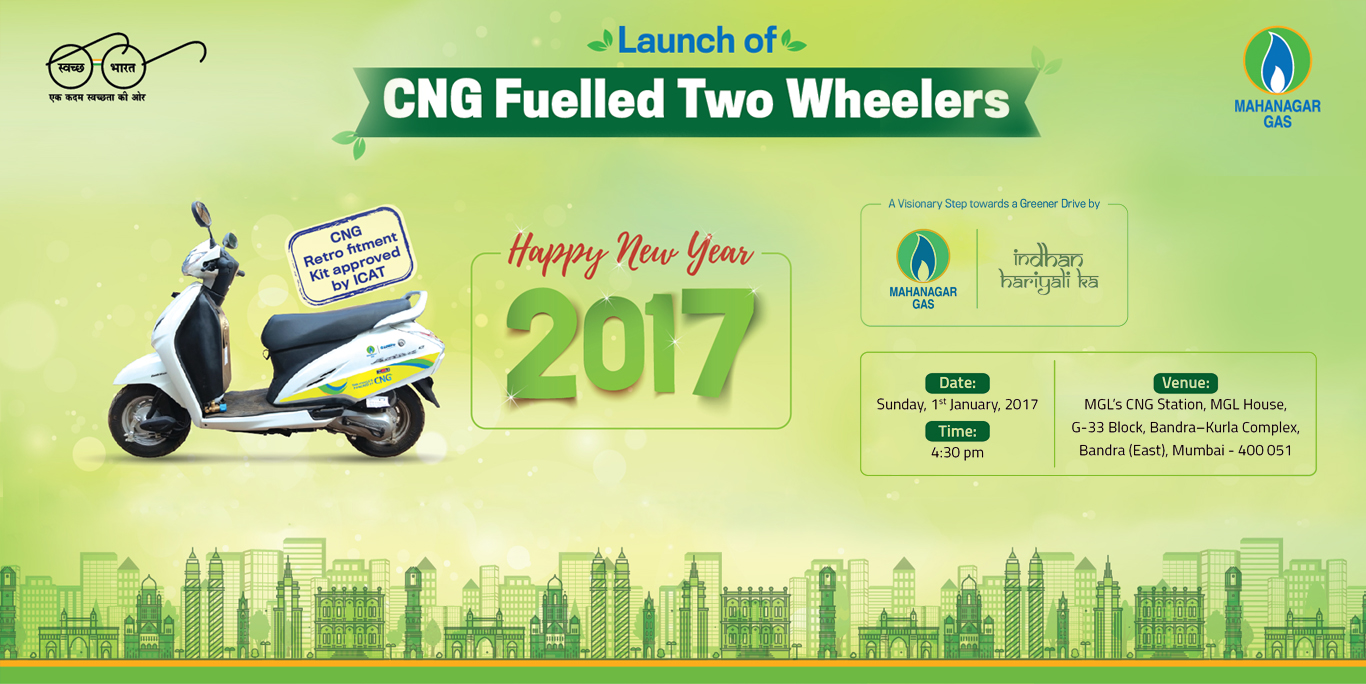 The Honda Activa with a CNG Kit

MGL initiated the development of the CNG kits that can be retrofitted on automatic scooters. The development process took four months and the kits completed pilot runs before being introduced in the market. The CNG kits are currently being manufactured by component makers ITUK as well as Lovato and were launched earlier this month. The kits are quite similar to the ones found on cars, and let you choose between both CNG and petrol options.

The CNG kit has been approved by ARAI and ICAT

While our demo scooter was the Honda Activa 3G, the CNG kits are compatible with 18 scooters available on the market including popular models like the TVS Jupiter, Hero Duet and Maestro, Mahindra Gusto, Suzuki Access and the likes. The kits have received requisite approvals from Automotive Research Association of India (ARAI), Pune as well as International Centre for Automotive Technology (ICAT), Delhi, which makes it ready for sale. For Mumbai, it is Lovato providing the kits and prospective owners will have to head to any of its outlets in the city to get the retro-fitment done.

Talking about the CNG kit itself, the unit comprises two cylinders that have a combined capacity of 1.4 kg and are located behind the front apron. The piping runs through the floorboard and connects to the reducer that supplies gas to the engine in appropriate quantities. Needless to say, the kit costs over and above the scooter's price and the installation takes just 3-4 hours to complete.

What Are The Changes?

At first glance, it is really hard to distinguish the standard scooter from that of the CNG derivative. The demo vehicle that we have comes with the CNG badging, which is the giveaway. On a customer spec model though, it will be hard to know the same. We did find a host of folks (including some in very fancy cars) stop and take notice as well as come over and ask about the scooter's credentials.

The toggle switch allows to jump from petrol to CNG

That said, the CNG kit has been quite cleverly added into the scooter's body. The twin cylinders are located just behind the apron and covered with a black plastic panel. A small lockable opening at the front of the panel gives you access to the CNG fuel gauge. Toggling between petrol and CNG fuel options is taken care by a switch located right below the choke. There are air vents on top of the plastic panel that act as a safety feature, specifically added to let the gas pass, should there be a leakage.

I was a tad bit sceptical of the cylinders being fitted right behind the apron; given that I would be losing a major chunk of the legroom. However, that thankfully is not the case. Tall riders won't find the kit as an intrusion, but finding your footing can be a concern due to the location of the fuel filler valve. An ergonomic issue, Lovato tells us that the same has been identified by them as well and the next lot of scooters equipped with the kit will get the fuel filler valve repositioned.

The other noticeable change comes with the under seat storage that is compromised to make way for the reducer. The device takes a quarter of the space, but can still easily accommodate a tool kit, first aid box and vehicle papers with ease. Fitting a helmet is out of question. The other major change comes in the emissions of the scooter. Lovato says that using CNG cuts hydrocarbons by 75 per cent on the model, while carbon monoxide is reduced by 20 per cent.

The throttle response is sluggish, the added weight doesn't help

How Does It Ride?

Now, the standard Honda Activa 3G makes around 8bhp of power and 8Nm of torque in its petrol-only avatar. Power output has taken a beating of 5 per cent and that is evident once you twist the throttle on the CNG version. There is a slight delay in response specifically on the CNG version, but the power delivery gets linear and seamless, once the scooter picks momentum. That said, cold starts do see the vehicle struggle for power in the CNG mode and it is best advised to run it on petrol for a few kilometres before switching to the alternate fuel. Being a carbureted motor, you won't have issues cranking the engine directly in the CNG mode.

Climbing flyovers or riding with a pillion is hardly an issue

While slow power delivery is a small compromise and can be lived with, the scooter's handling takes a hit as well. This is largely because of the additional 14-15 kg of the CNG kit with the weight concentrated at the front. This takes away the nimbleness of the vehicle and even though the additional kilos aren't felt once set in motion; it is in dense traffic where the light handling is missed.

Nevertheless, the marginal drop in power isn't intrusive when climbing flyovers or gradients. Having run completely on CNG in our test, the scooter managed to pull the rider and pillion with ease. We started the test with half a tank of CNG and managed to get a fuel efficiency of nearly 50 kmpl in our test cycle. On a full tank, MGL and Lovato claim a figure of around 110 kmpl.

How Much Does It Cost?

MGL and Lovato say that the CNG kit equipped scooters offer a running cost of ₹ 0.60 paise per km. This includes nearly ₹ 0.48 paise per km for the fuel and ₹ 0.12 paise for maintenance. However, when you compare it to the running costs of a standard scooter that runs at ₹ 1.2 paise per km; the difference is almost half between the two. As far as maintenance costs are concerned, the company says that the CNG equipped scooters need to follow the same service intervals as its petrol derivative.

Coming to after-sales support, retrofitting the kit on an all-new scooter directly impacts the OEM warranty on the vehicle. You do get a dealer warranty only on the CNG kit for a year and includes three services to check for any leakage or breaks. The kit will also be recalibrated, should the need be. The cylinders themselves have a lifespan of 20 years and need to be checked every three years for possible rusting or leakages.

All said, the Lovato CNG kit will set you back by ₹ 17,000 (including taxes and RTO registration in Mumbai), over and above the scooter's asking price. That does make the kit slightly more expensive than anticipated and one needs to factor in the return of investment, which begs us to question...

Petrol scooter or the CNG equipped one?

Should I Buy One?

The answer largely depends on which side of the fence you are on. MGL and Lovato ran pilot programs with certain corporate buyers and in all honesty, that remains the most profitable buyer for it. With delivery scooters that are prone to do exceptional numbers on the odometer, it makes business sense to install a CNG kit, which is sure to give you a profitable return on your investment.

On the other hand, if you are a private scooter owner and use the same for almost all your travelling needs, the CNG kit is a viable option. However, if your scooter usage is largely within city limits and particularly for short sprints, sticking to the petrol option just happens to be a more viable choice here.